“Green” hydrogen is planned to be produced in the Mangystau region 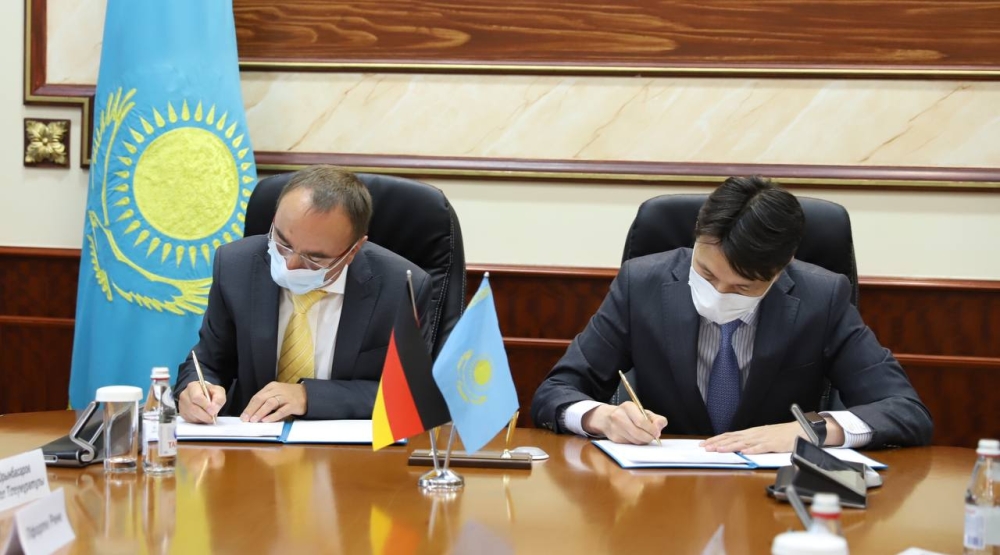 Foreign investors are planning to build a plant to produce “green” hydrogen in the city of Aktau. To study the investment potential of the region and the possibilities of implementing the project, the management and technical team of the German-Swedish company Svevind Energу GmbH (Svevind) arrived in the Mangystau region.

Deputy Prime Minister of the Republic of Kazakhstan Roman Sklyar took part in a business meeting with the investor in the online conference mode. In addition, Deputy Minister of Foreign Affairs of the Republic of Kazakhstan Almas Aidarov and Chairman of the Management Board of “NC “KAZAKH INVEST” JSC Meirzhan Yussupov also took part in the negotiations between parties.

The project considers the production of “green” hydrogen from 30 GW of electricity by electrolysis and desalination of water. The project intends to produce up to 2 million tons of products annually. According to investors, part of the hydrogen produced at the plant is planned to be exported to Europe and China. The investors intend to process the remaining products into “green” ammonia for further use in Kazakhstan in various industries as raw materials. Presumably, the implementation of the project will take from 6 to 10 years.

At the same time, during a working trip to the region, the Chairman of the Management Board of "NC "KAZAKH INVEST" JSC Meirzhan Yussupov got acquainted with the implementation of current projects, as well as new initiatives of investors, one of which is the Aktau Commercial Sea Port. This project allows for the transportation of dry cargo, crude oil and petroleum products from east to west, from north to south and back in the direction of Iran, Turkey, Russia, Azerbaijan, Turkmenistan all year round. It is worth noting that the seaport is included in the State program “Nurly Zhol” and also works in partnership with the company “DP World” (UAE).

Furthermore, Meirzhan Yussupov inspected the territory of the complex with a total area of 107 hectares, where it is planned to build a theme amusement park, a golf club with villas, a shopping center, hotels “Rixos Club Prive”, “Banyan Tree”, “Swiss Hotel”, a visitor center with a hotel complex “Safari Hotel”. It is worth noting that within the framework of this project, it is planned to create 5,000 new jobs for the period of construction and 2,000 new jobs for the period of operation.

Also, the Chairman of the Management Board met with the management of the “Production and logistics center” LLP and got informed with the progress of the enterprise. Since 2020, a stabilization fund for the storage of socially significant food products has been functioning on the basis of the logistics center. The customer is “SEC "Kaspiy” JSC.

Meanwhile, the head of the national committee visited one of the large greenhouse complexes of “Aktau Green House” LLP, worth $60 million. The annual capacity of this project is 8000 tons.

In 2020, 12 projects worth $266.8 million were implemented in the Mangystau region with the participation of domestic and foreign investors in such sectors of the economy as construction, renewable energy, light industry, energy, poultry farming, etc.